Not finding what you are looking for? Try our partner company Eastern Optx, specializing in Radar, Altimeter, and Radio Test Equipment 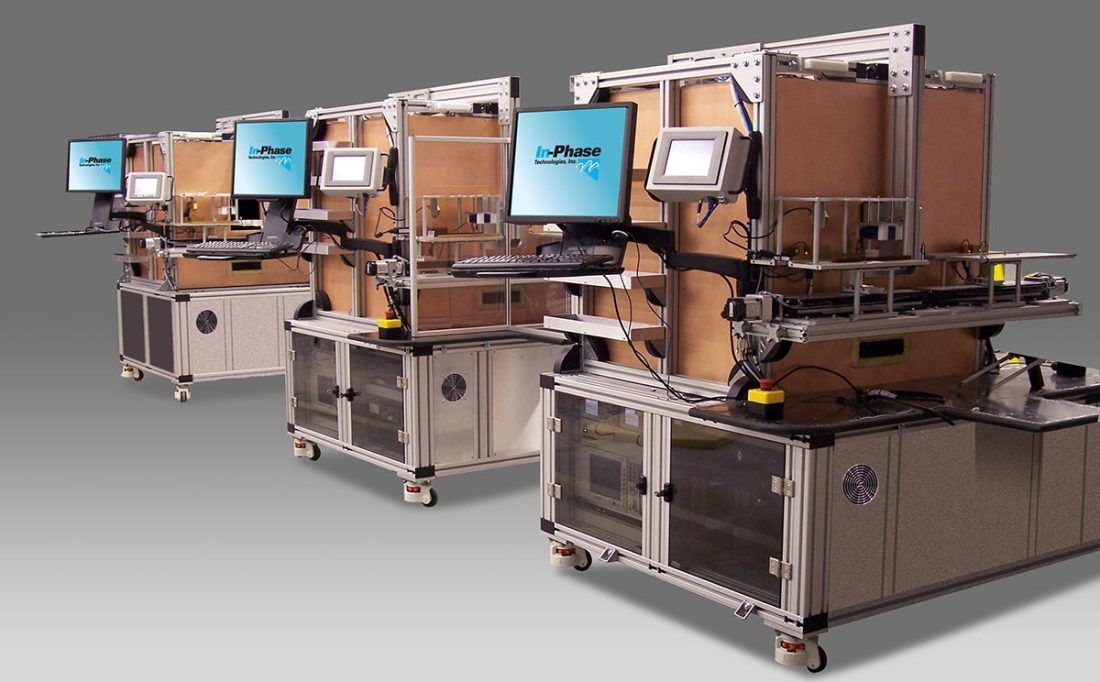 A leading medical device manufacturer had existing cardio-rhythm management devices that they wanted to upgrade to include a radio transceiver. With this innovation, they became the first medical device manufacturer to integrate a radio transceiver into an implantable medical device. The new RF transceiver allows physicians to query and adjust implantable devices remotely via an RF transceiver versus an inductive-coupled method where the doctor must place an inductor on the patient’s chest. To accommodate the redesigned device, the company had to revamp their production lines from an inductive communications system to an RF communications system. While they had the in-house engineering talent to develop the new device, they realized they needed a test engineering partner to help with the design and development of a transceiver test set.

They approached In-Phase Technologies, and after several meetings and exchanges of information, we submitted a proposal that they found acceptable from both a technical and financial standpoint. We were eventually chosen over competition, primarily because of our superior knowledge of RF testing techniques, the technical approach that we proposed, and the overall experience that we offered.

In-Phase designed two versions of test sets. One was for lower-level board testing which required probing and simulation of a human body environment. The second system was for testing the final assembled implantable device. The final device test set required motion control to remove the device from the production line and automatically insert it into an anechoic chamber for RF air link testing. In-Phase Technologies used its custom designed pneumatic motion system to perform this task. In addition, the system had to simulate impedances’ of the human body for proper transceiver antenna matching. We met this technical challenge using an antenna impedance matching test fixture. Finally, these systems had to pass FDA approval — and they passed with no issues..

Build a Part # based on your specific requirements!

Get Price and Delivery!

Schedule a Web or Live Demo at your facility!

We will respond in 1 business day

Build a Part # based on your specific requirements!
Configure